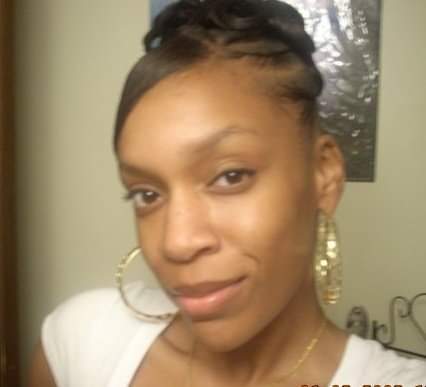 My birthday is coming up (1.17.19)! The good thing about having a birthday in January means you can keep track of the experiences better throughout the year. This morning I took a walk down memory lane. I thought about where I was exactly 10 years ago. I thought about what that entire year was about. Let’s just say it was interesting, lol.

Picture this. It was January 2009. I began my last semester of college. I was terrified! Only one of my four classes was actually something I needed to graduate. So as you might figure, I could have graduated the semester before but I was stalling big time. I didn’t know what I wanted to do post-college. There was one job offer (which turned out to be not up my lane). I could’ve attempted to get a job at the television station I did my internship at, but that wasn’t what my heart was telling me to do. What the heck was I going to do?

No going back now! I graduated college (big day). I didn’t want to return to my hometown. But guess where I ended up? In my hometown at my mom’s apartment. This was temporary, but I wasn’t sure exactly how temporary. Here’s the kicker. My mom’s landlord wouldn’t allow me to stay longer than a month. So I had to act fast. My friend was graduating in the summer semester and she had her own place. Thankfully she allowed me to crash on her couch a few nights a week. My friend also had a job opportunity waiting for her in a small town in a neighboring state once she graduated in July. I, of course, couldn’t wait until July. I needed a place to stay now (in May). The town seemed my speed. It would allow me the opportunity to be away from my hometown and I could figure out what’s next for my life. So I moved to this small college town, alone (until late July), with a chance to “figure it out”.

I moved in to a simple cheap apartment with only an extra bed my mom gave me, my clothing, a small dvd player, and a small box television. I spent the first 2 to 3 weeks hanging out at the city library submitting resumes (and occasionally checking Facebook to see what my former classmates were doing). I land a job. It wasn’t necessarily what I wanted to do but it helped pay the bills. Fast forward a month and I upgraded to a slightly better paying job (but still terrible). I knew right away that the job was not for me. I would call my mom and my brother during my lunch break and ask them to pray for me. Eventually, I worked through my issues with the job. I spent my weekdays watching bad reality television and my weekends at work hunched over a desk wearing a headset answering calls. I was in an on again-off again “situation-ship” with a guy. It was going no where fast, and I needed to quit the whole thing and move on. I went on a trip to Memphis with friends that for financial reasons I should have stayed home (but I had a great time and don’t regret any of it). Although I had some bright moments, my time in “asylum” was ending. I missed being closer to my family and friends. So I planned my exit.

November 2009 I moved back to Tulsa, OK (approximately 45 minutes) from my hometown. I settled in and began looking for a job. After weeks and weeks of searching and submitting resumes I gave up looking mid-December. I decided to spend the remainder of 2009 reflecting on the year.

There was so much uncertainty in 2009. I spent several days and nights with my face in my hands, crying. Leaning and depending on God was so important for me. Time has flown by. It seems like that was only a few years ago. I’ve had some shaky years since. But I’ve also had some really good years too. God has been good to me. I have grown in so many ways in 10 years. If I had to say one thing I learned during that year, it would be to roll with the punches. Nothing is for certain. So you have to simply do the best you can. Sorry, this post doesn’t have any real meaning other than to plop what was on my mind into a blog post.

Do you remember how your life was 10 years ago? Can you relate to my story?

This site uses Akismet to reduce spam. Learn how your comment data is processed.